This story was featured in our summer newsletter. Since we received such great feedback from it we wanted to share it with everyone! 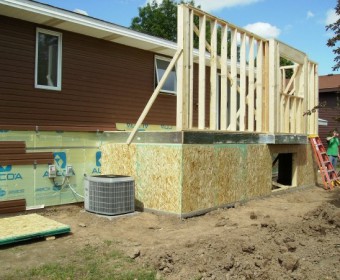 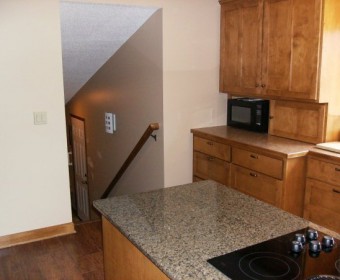 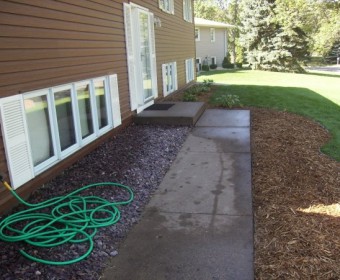 Though each of our clients’ projects and homes are unique, every now and then we meet someone whose story is truly exceptional. Eric is one of those people. In 2008 Eric contacted Andrus after realizing that he had gone to high school with one of Doug’s cousins. He had been looking for a contractor for some time and was happy to find someone who not only had the professional credentials he desired, but who was also personally connected to his family. Since family, after all, was the driving force behind the project.
In 1991 Eric’s mother passed away from cancer leaving Eric, his father, his sister, and his two brothers, one of whom is developmentally disabled. Built in 1974, the family home had served its owners well for many years.  But with his aging father’s decreased mobility came a series of realizations that the house could no longer function properly in its current condition. There was no way for people to enter the house through the garage, forcing them to walk around to the front door every time, and the layout of the interior didn’t support the single-floor lifestyle Eric’s father was transitioning into.

Initially Eric suggested the possibility of his father moving into a new house entirely, but his father’s answer was immediate and steadfast. Not only was this the home he had shared with his late wife, but it was also the place where his developmentally disabled son, Tom, came to visit him each and every month. He wasn’t going anywhere.

So, Eric came up with a new option. He began working with an architect to discuss some rough ideas for renovating the house, and in 2008 he met with Doug to further develop those ideas and turn them into a practical reality.

Over the course of three years Eric and Doug worked together to make the house more single-floor living friendly. They remodeled the kitchen, pantry, laundry room, basement bedroom, basement bathroom, upstairs bathroom, and deck, and added an accessibility addition with an entry so that Eric’s father no longer had to walk to the front of the house every time he wanted to go in. Eric’s father was living in the home throughout the entire process, so it was essential that each project went as smoothly and quickly as possible. The sub-contractors were always on time, and Doug was always right there with them when he needed to be. Often, Doug would be the one sweeping up at the end of the day.

The end result was a huge success. The open floor plan supports a single-floor lifestyle, but is still spacious enough for family gatherings and holidays. Eric’s father can finally live comfortably in his own home, and Eric couldn’t be happier with his Andrus Built experience.

“It is very clear to me that Doug does what he does because he loves it–all of it, and it shines through in the quality of his work.  In the Twins Cities Metro area, he is the only builder I recommend.”